Seen Fifteen is delighted to announce a new group exhibition – Hurry Up Please It’s Time – to reopen the gallery space this September. The show brings together five contemporary artists working with photography and responds to themes related to the shared experience of coronavirus lockdowns across the world this spring and summer.

With lockdown came an enforced slowdown of twenty-first century life and a dramatic shift in our relationship with our lived environment. Isolation confined us to our domestic spaces. Nature and green space became a tonic to balance physical and mental wellbeing. The abrupt change in global pace also revealed that the world can quickly adapt destructive forces if it’s believed to be urgent enough to do so. Each artist in the exhibition raises questions around our relationship to our environment – the personal, the political and the organic. The gallery is pleased to present new bodies of work made during lockdown, as well as existing works that can now be read with new context.

Hurry Up Please It’s Time takes its sense of urgency from a line in T.S. Eliot’s disorientating modernist poem, The Waste Land, written a century ago at the time of the last global pandemic, and also a reference for new work on view by Jo Dennis. 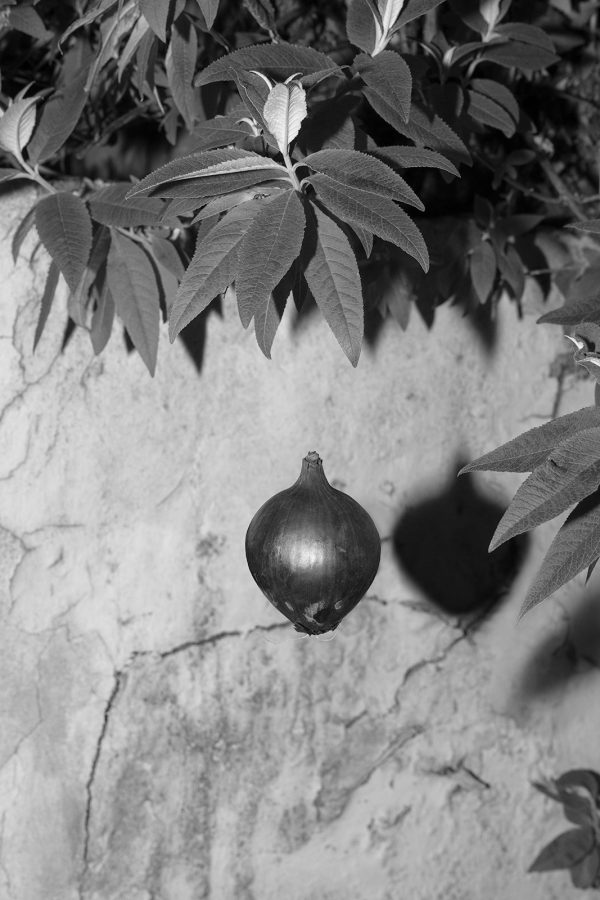 Elena Helfrecht, From the series, Inwards (2020)

Seen Fifteen is delighted to announce a new exhibition of photography and painting by artists Dragana Jurisic and Catherine McWilliams. REBEL GODDESS brings together works by both artists that draw inspiration from legends of ancient goddesses as a conduit for comment on the pressing issues of our time. In Greek mythology, Gaia was the ‘mother’ of Earth who gave birth to the sky, the heavens, the sea and the mountains. Gaia is also mother to Mnemosyne, goddess of memory, and grandmother to the Nine Muses, the goddesses of artistic inspiration. She is depicted as a strong matriarchal figure who rebels against the rule of successive gods. The exhibition takes Gaia’s rebellious streak as its starting point.

Dragana Jurisic’s series 100 Muses is a chapter in the ongoing photographic project, My Own Unknown, and part of a long-term exploration into the layers of female identity. With 100 Muses the artist subverts the traditional art historical genre of the female nude and asks the question: What happens when a female photographer turns her gaze onto the female body? The one hundred subjects, who range in age from 18 to 85 years old, all answered to an open call. In the artist’s studio they were given two props: a chair and a veil, and complete control over their pose. The photographer handed editorial power to the women. Jurisic describes the process as being liberating for both herself and her sitters:

“It became a therapy session that went both ways. There were tears and laughter, and even dancing. When I asked why they felt like dancing, they said they felt free to be naked for the first time since being children. There was no expectation of sex. They were not in a doctor’s office. The stories of oppression that we shared with each other, of abuse done to many of us, was shocking to come to terms with. Every woman who participated provided a mirror. My attitude towards my own body, or shame, has changed drastically since then. I felt unburdened. I hope they did too.” Dragana Jurisic

This sense of shared experience is present in the next chapter of My Own Unknown, where Jurisic layers the nude portraits into a set of powerful multiple exposures, named Mnemosyne’s Daughters. A final work, Mnemosyne, is an overlap of all 100 Muses portraits and an expression of collective female power.

Female figures have played a central role in Catherine McWilliam’s paintings over a number of decades from the 1960s to the present day. During the Northern Irish Troubles in the 1970s and 1980s they often appeared as isolated, ghostly forms set against a bleak landscape of security barricades and dark, oppressive skies. In moments of hope during these dark times, they would metamorphose into celtic goddesses and rise above a lush green landscape with a sense of joyous freedom. McWilliams paintings during The Troubles elicit an underlying tension between the beauty of the rural countryside and the violence of civil war in the city.

“The space that she depicts around these forlorn figures does all the work. They are entrapped. They have little control or choice over their circumstances” Liam Kelly

Two new paintings, both inspired by the goddess Gaia, will be on display in REBEL GODDESS. In Green Gaia the landscape and the goddess become one. Gaia Burning represents rising concern for the landscape on a global scale. Painted over the summer of 2019, as forest fires raged out of control in The Amazon, the Gaia depicted here is a warning that our earth is fragile. 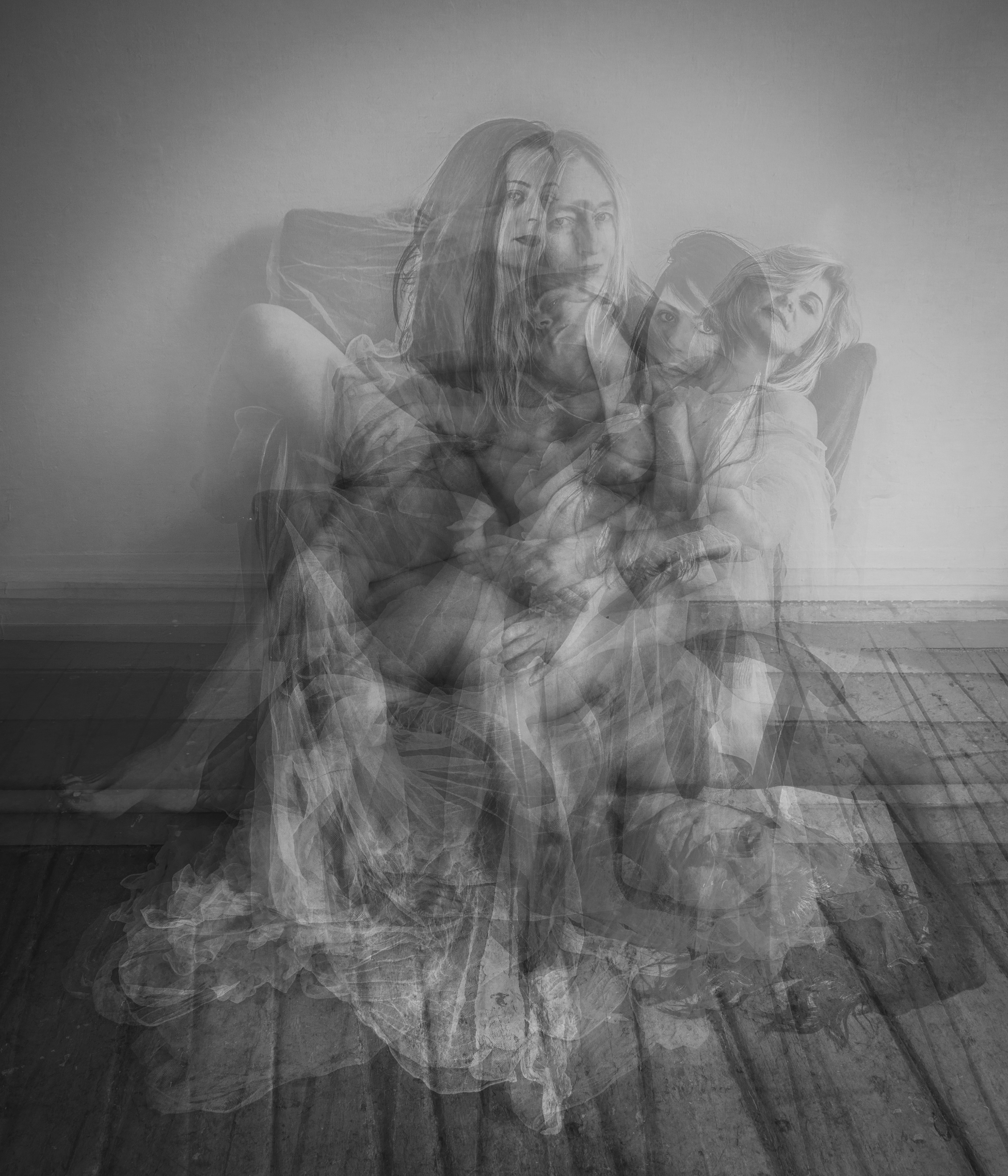 Seen Fifteen is delighted to announce our participation in the eighth edition of Unseen Amsterdam – the leading platform for contemporary photography. Unseen has an exclusive focus on what’s new in the photography world, and Seen Fifteen shares the same passion for celebrating emerging talent and the latest developments in the medium. We’re proud to present a curated booth of works by two exciting young artists – Alexander Mourant and Marianne Bjørnmyr. Both artists will show new work that questions human interventions on the landscape, whilst also experimenting with photographic process and ways of seeing photography.

ALEXANDER MOURANT TO FEEL ITS TOUCH
Alexander Mourant presents a new series of abstract works which respond to the ubiquitous cycle of urban renewal and regeneration. To Feel Its Touch began as a commission by the Financial Times to make a body of work reflecting the artist’s feelings about London and his place within it. On an early morning walk, Mourant was struck by the sight of an area of the city being excavated and unearthed. A section of the city appeared before him as a void, ruptured as if it had an open wound:

“ I realised that London is essentially an interwoven lattice of materials – combining and dividing – instigating our meeting and plotting our separation.” Alexander Mourant

Inspired by ideas around memory and the city, Mourant retraced areas of London he had known during childhood which were now undergoing change. Where he found major works he removed some excavated earth and took it back to the darkroom.

Alexander Mourant’s practice is concerned with the metaphysical nature of photography. He experiments with the photographic process to find new ways to draw attention to and question our relationship to our environment. For To Feel Its Touch he created an abstract, interconnecting photogram using nine large format negatives. The material from the London excavations was suspended in a large tank of water. Taken during one exposure, this intensely physical process imbues itself with suggestive qualities and personal memory.

MARIANNE BJØRNMYR BETWEEN A ROCK AND A HARD PLACE
Marianne Bjørnmyr presents Between a Rock and a Hard Place, a new project that explores the secret history of mineral mines in Norway. The project grapples with the central paradox that the value of metals and minerals shapes wealth and conflict – beauty and destruction – at the same time. The work displays handmade photographic prints of disused and active dolomite quarries in Northern Norway, together with still life photos made in the artist’s studio.

For hundreds of years, Norwegian mining villages have risen and fallen in line with the fluctuating global value of the country’s natural resources. Recently released government documents outline a top secret and lucrative deal between Norway and the United States in 1951 which secured the export of Norwegian niobium, mined from dolomite quarries, for a period of 10 years. The agreement and the information that the exported niobium was as a key component in the development of US nuclear weapons during the Cold War arms race was not revealed to the Norwegian people for over 50 years. It is this dark secret that intrigues Marianne Bjørnmyr:

“The artist has long been fascinated by the unseen, the subject matter that doesn’t easily present itself to the camera. In contrast to the urge to capture a dramatic moment, Bjørnmyr’s work attempts to photograph the invisible, to evoke a sense of the cycles of things and reflect upon the longer term reverberations of war and conflict minerals worldwide.” Francesca Marcaccio 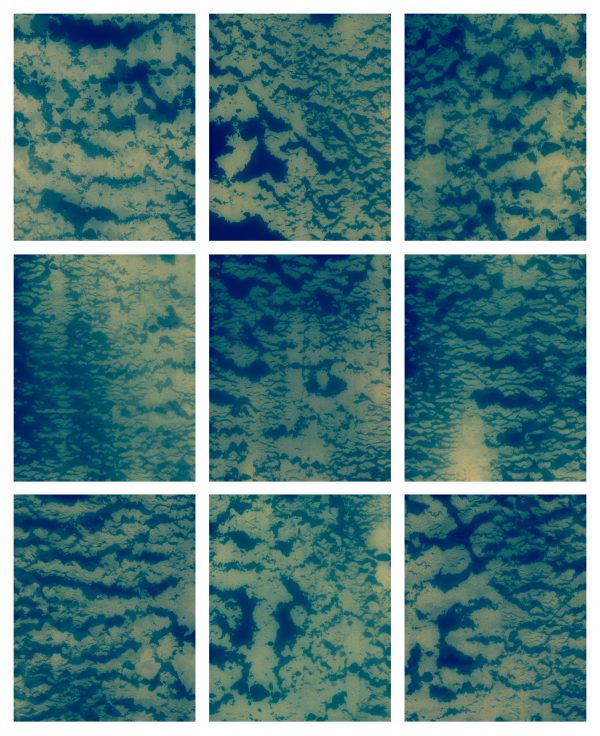 Alexander Mourant, To Feel Its Touch, Peckham I 2019

Seen Fifteen is delighted to announce a collaboration with artist duo Broomberg and Chanarin for the first UK exhibition of their Chopped Liver Press poster works. The exhibition, taking place during the countdown to the UK’s departure of the EU on 31st October, will launch a special Limited Edition Chopped Liver Press work entitled Baby It’s Cold Outside.

Baby It’s Cold Outside was originally conceived in 2016 as a campaign slogan in the lead up to the Brexit Referendum. The self-initiated campaign, screen-printed onto t-shirts, went viral on social media and appeared in national press coverage in the wake of the historic vote. The 2019 poster edition of the work is released as an act of protest and of commiseration as the chaotic moment of the withdrawal now unfolds.

Chopped Liver Press was founded by Broomberg and Chanarin in 2012 to publish their limited edition posters, which are produced monthly and screen-printed by hand onto selected pages of The New York Times. Screen-printed posters have been used throughout history during moments of political protest and resistance. By creating works on newspaper that interact with the narratives of our time, the Chopped Liver Press posters also commemorate the dying art of print journalism. Baby It’s Cold Outside, made exclusively for the exhibition at Seen Fifteen, is created in an Edition of 31 as a reference to the date that the UK will leave the EU. Each sale will include a £25 donation to the charity, Refugee Action. 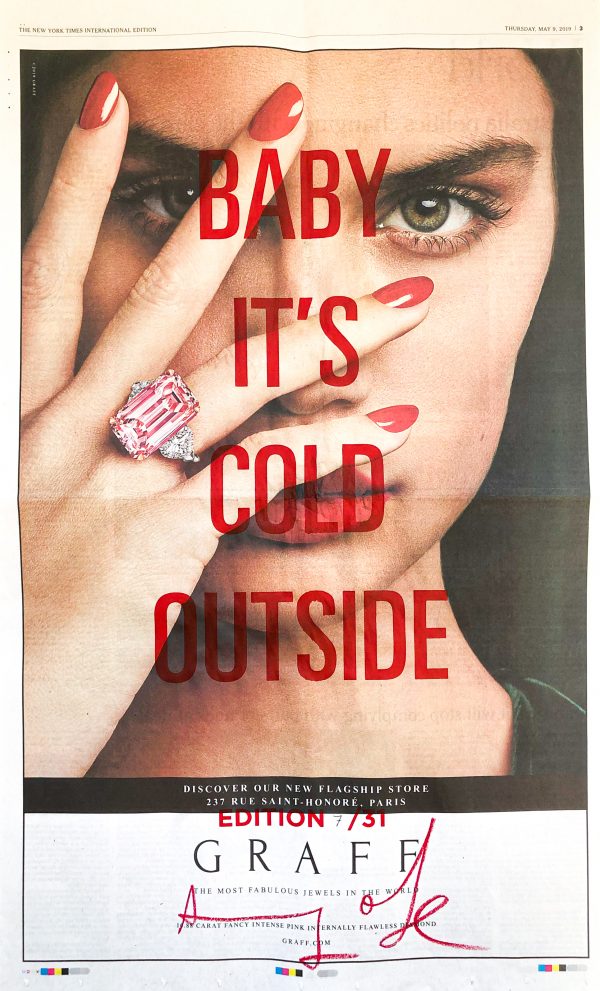